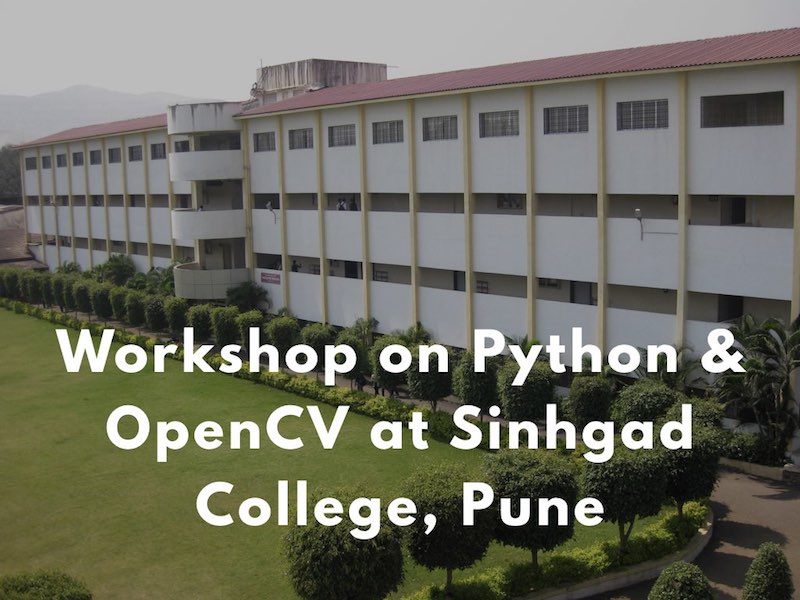 by Ganesh Bhosale
in Workshops
Comments

Workshop: Introduction to Python, OpenCV and its Applications

At the end of the workshop students were able to fluently write the programs using Python for Hardware pins, Sound Mixer, Image/Video Processing, GUI.

Sorry, the comment form is closed at this time.